Hearing is a highly complex task. Your ears can distinguish between several thousand different sound frequencies and enable the brain to locate where a sound is coming from. Although we have an intricate understanding of how the ear works there is still much we don’t know, and unfortunately there is no cure yet for hearing loss. There is hope however as scientists have long been researching other animal species, in particular frogs, in an effort to uncover new ways to treat and even find a cure for hearing loss.

The range of your hearing depends on both the pitch of the sound (high or low) and also the loudness of the sound. Pitch is measured in Hertz (Hz) and loudness is measured in decibels (dB). The absolute human hearing range is 20 to 20,000Hz. Our hearing is most sensitive in the 2,000 to 5,000Hz frequency range where most conversational sounds happen.

What Makes Frogs So Suitable?

Scientists researching the many puzzles of hearing in humans consider frogs as a vital source of information. Individual features of the frog auditory system closely resemble many vertebrate species including our own.

Frogs are excellent subjects for study because, during embryonic stages of development, the hearing and balance organs of this species are very similar to those of humans. In addition, genomic sequencing of frogs has revealed they share the majority of the genes found in humans. Frogs allow scientists to evaluate their hypotheses in live embryos because frogs eggs are fertilized and develop outside the mother.

Understanding speech becomes challenging for humans in noisy group settings when multiple people are speaking simultaneously. This sound processing issue is known as the “cocktail party problem”. If you’ve ever experienced trouble hearing your friend at a party, you know exactly what scientists are describing.

Most people first experience their hearing loss in the presence of background noise. What do cocktail parties have to do with frogs you ask? Well, it turns out frogs have evolved their hearing senses within the context of the “cocktail party problem”.

You’ve likely heard in nature, particularly during or after rain, frogs that have formed large and noisy social groups during their breeding seasons. Much like a cocktail party of the humankind, except without daiquiris. Many different species of frogs can be present in the same habitat containing dozens to tens of thousands of individuals.

In this scenario, male frogs call loudly to attract females and to defend their territory against rival males. Individual male frogs can produce calls reaching peak sound pressure levels of 105 dB measured at a distance of 1 metre. For a small amphibian ranging from 1.5cm to 10cm in length to make a sustained noise as loud as a jackhammer or a jet take-off (at 305 meters) is quite extraordinary.

Finding a Mate Amongst All That Racket

As you can imagine, the resulting din makes it a very challenging environment for a female frog to successfully find a mate. Amongst the chorus of suitors, she must:

To play their role successfully, male frogs are able to estimate how far away competitive rivals of their own species are. And in some cases, males can even recognise the individual calls of any territorial neighbours.

Frogs are therefore considered specialists when it comes to solving cocktail-party-like problems in vocal communication. By studying how frogs achieve these magnificent feats of acoustic signal processing, scientists hope to reveal the evolution and biology of hearing not only in amphibians but also in humans. And in the process perhaps finding a cure for hearing loss. Or at least learning more effective ways to treat and manage the condition.

Are you looking for ways to treat or manage your hearing loss? Contact one of our clinics in Auckland today, they are waiting for your call. 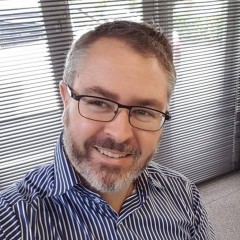 Can Hearing Loss Shrink Your Brain?

What Level of Hearing Loss Requires a Hearing Aid?